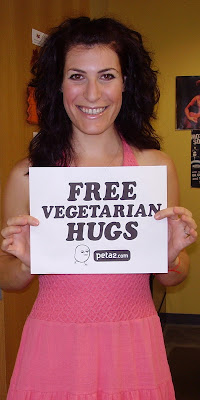 Peta2 has created Hug a Vegetarian Day! Go ahead and hug everyone you see on that day! For more info go to: http://www.peta2.com/feat/hug/hug_signup.asp

Hugs are a good way to say hello to your friends—a kiss is kind of forward, don't you think?

Electronic hugs (or “e-hugs”) are perfect for those who are fearful of human touch and/or germs.

In Lithuania, it is illegal to hug your neighbor during the full moon.

There are on average 5.2 hug-related deaths each year. 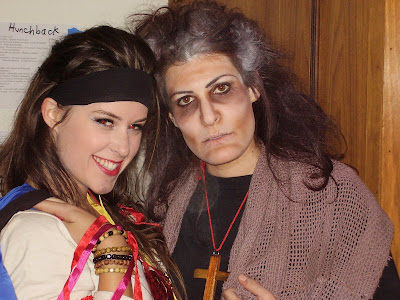 I love when I find a gem that I never knew existed! Back in February when Hunchback of Notre Dame the musical closed (with Crown City Theatre Company) the show was taped for "promotional purposes." I was just on their website, checking out their new show and there it was... The promotional video. Anyways, go ahead and skip through the video to 3:04 and there I am singing "Love of Her Child." A beautiful song. Enjoy! It made me have a laugh to know this was out there! 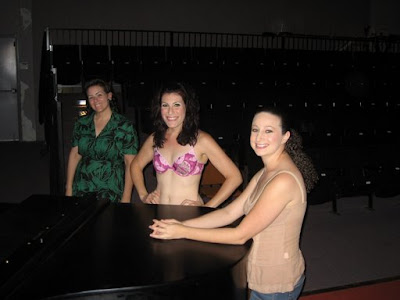 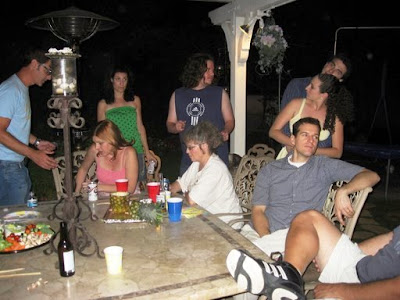 Cornelia from Baby, sent over a link to a few more pics from the show. I don't know why, but the picture from the cast party cracks me up. Look at my face! It says "I'm not having it!" I have no idea what or when this was taken, but it's so typical ANK that I had to post it.
(CLICK TO ENLARGE THE PICTURE TO SEE MY REACTION!)

Sunday was a crazy day! It was our last Boychick Affair performance at the Hayworth/La Fonda. We are having a grand re-opening of the show at Sportsmen's Lodge starting October 19th. It was a crazy show because there was a parade literally outside. That and a donkey right at the door to the La Fonda. This I do not kid about.


Enjoy this press release:
Be a guest at a Bar Mitzvah like no other…

Celebrate along with the Teitelbaum, Grossman and Boychick families as young Harry Boychick becomes a Bar Mitzvah.


From the heart-warming ceremony to the zany reception after, you’ll not only watch, you’ll be a part of the drama and fun as it unfolds.


Will Harry become a man today?
•
What secret will be revealed that will
change the Boychicks forever?
•
Can, mother, Cheryl Boychick
hold this party together?
Audience members mingle, eat and dance the hora with the actors as the play tells the story of fifteen different characters dealing with comedic and contemporary issues in the most exciting and humorous ways.“Fantastic, funny… a great experience.
The ensemble cast is outstanding!”
American Radio Network
The Boychick Affair is perfect for people of all ages, religions and ethnicity's. Great for families and couples, and the perfect way to celebrate any occasion!
“Laughter and truths… amusing and touching,
artfully arranged… Hilarious!”
LA Weekly
If you like to laugh… If you like to dance… If you like to eat…
You’ll love The Boychick Affair!


Check out our MySpace page at
http://www.myspace.com/theboychickaffair

Also on Sunday, I had my first rehearsal (more like snack and chat) for
HOLLYWOOD & BROADWAY One Extraordinary Night at the REP. This is going to be a great night of music. Everyone involved is so freaking talented, the music is going to rock. I hope I do it justice. I am excited about the songs I will be singing. I can tell you one thing... I get to sing with George Chavez and that alone is worth the price of admission because this boy can blow! I will let you know the list of songs, once everything is finalized. More details to come about the event (It is October 24th at THE REP) once I have them! 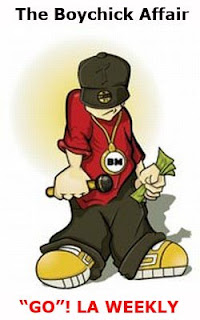 I am so happy to be back with my Boychick family. Going back to the show felt so wonderful. We are a crazy family and I love it! Special thanks to Arif for taking the amazing pictures of the show.

To view more or the cast photos please go to:
http://www.myspace.com/theboychickaffair

Penny gives Harry a gift from the Lord.

Yes, this is the back of my costume and I LOVE IT!

Arif gets me in a moment of non crazy Lizzy!

Lizzy sings HEY YAH! While The Grossman's get it on!
Posted by ANK at 9:57 AM No comments: 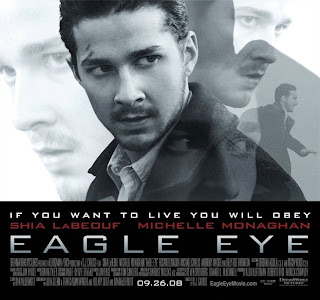 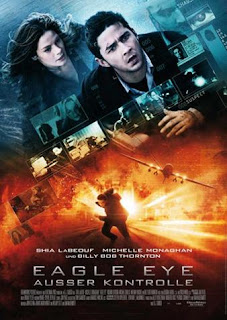 If you know me, you know about my love for Shia. No one, I mean NO ONE is as excited about Eagle Eye coming out at the end of the month. Check out the trailer.

Interview with ET where he talks about the accident and his hand.


Don't miss Shia on the following shows coming up as well, some Tivo/DVR moments not to forget: 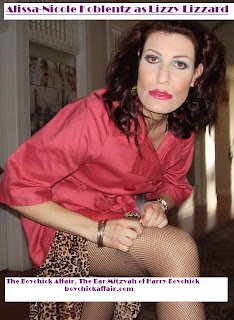 After nine months at the beautiful Hayworth Theatre in downtown Los Angeles, The Boychick Affair is now moving to the Sportsmen's Lodge in Studio City. Come see us EVERY SUNDAY at 3 p.m. Fantastic meal also included.

Also, check out the newly renovated boychickaffair.com for cast bios, videos and reviews! 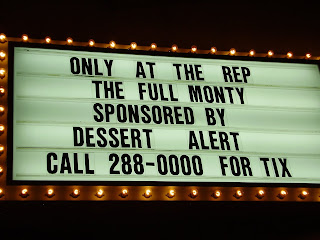 Just got my disc of The Full Monty(Repertory East Playhouse)pics. Here are some of the shots taken from our photoshoot that our fabulous director Leslie Berra organized for us! Thank you Leslie!!I love them!

The Ladies of Monty.

Lookin' for some hot stuff baby this evenin'!

With the talented George as Jerry Lukowski and Ross as Nathan.

I will be back at the Repertory East Playhouse soon for:
HOLLYWOOD & BROADWAY
One Extraordinary Night at the REP
Friday - October 24th

A very tearful goodbye to BABY. It has been an amazing summer and this show has meant so much to me. I will truly miss not only the show, but the people. Special thank yous go to Noel, Jon and Patty. Here are the last few shots taken of the final weekend of Baby.
Thank you to Nicole for some of the shots too!

Nicole as Lizzie getting ready to say goodbye to Danny, as Pam gets ready for "Sexy Time" with Nick.

"What a journey, what a ride. What a trip to take together."

The leading ladies of Baby! 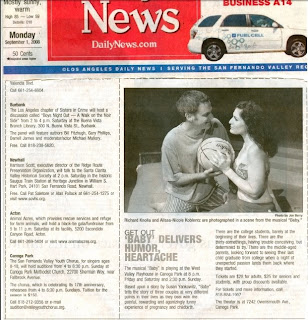 Check out these pics from the bar-be-que my parents had at their house. It was a blast.We never quite made it into the pool, but Newman sure did. Thanks for having us all! Gabby thank you for the perfect leopard make-up kit! Great gift to start a new show.

My best friend Gabby enjoys the heavenly Diet Coke with Lime and corn.

Oh Patrick. You so silly!

Nicole cracks me up!

Patrick and Nicole. How cute are they?

Tom and I before the major chowdown.
Posted by ANK at 3:37 PM No comments:

The hysterical Marty (who plays Grandpa Stan) in The Boychick Affair, just sent me this video. I couldn't NOT post it. It's a Bark Mitzvah and yeah, it's real. I saw it on the news last week, but here it is in all it's glory! I miss my BOYCHICK FAMILY! Cannot wait to see you guys next week!

Romance #1 (Not quite the sexy cheerleader YOU had in mind????)

Photos from Labor Day coming shortly:)
Posted by ANK at 10:18 AM No comments: