BARE is a HIT! 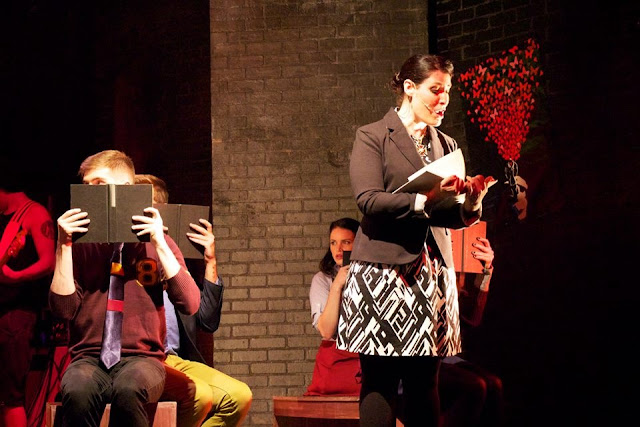 Honored to be a part of this amazing piece of theatre. A big thank you to all of the critics for being so kind. (CLICK ON THE HYPERLINKS FOR FULL REVIEWS)Here is a snippet of some of the reviews:

"My biggest surprise of the night was watching Alissa-Nicole Koblentz, who portrayed Peter’s mother, Claire, perform the song "Warning" which deals with the realization that her son is gay. Maybe it’s because of my own mother’s reaction to my homosexuality, but it’s never been one of my favorites, until she started to sing. Koblentz sincerity and powerhouse gave me goose bumps. "

"Koblentz too avoids stereotype as Claire, whether refusing to allow her son to come out to her in “See Me” or breaking your heart with “Warning.” 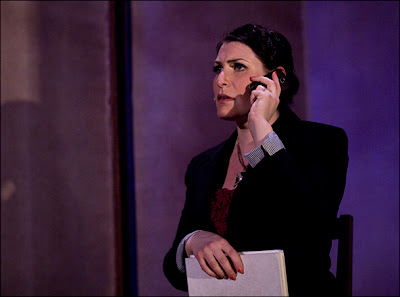 "Alissa-Nicole Koblentz, who appeared in glory|struck's 2009 Los Angeles reading as Peter's mother, Claire. Koblentz's gut-wrenching ballad "Warning" powerfully expresses a mother's fears, now confirmed, as she searches for an answer to a question that has none." 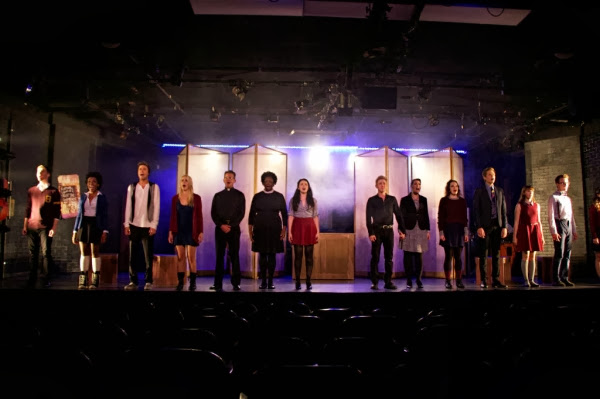 " The scene in Act 2 between Peter and his mother, when he tries to come out only for her to cut him off, is tear-jerking. Alissa-Nicole Koblentz perfectly portrays a woman confronted with the truth she already knows but who would rather disappoint her son than face him as something other than the little boy in her mind." 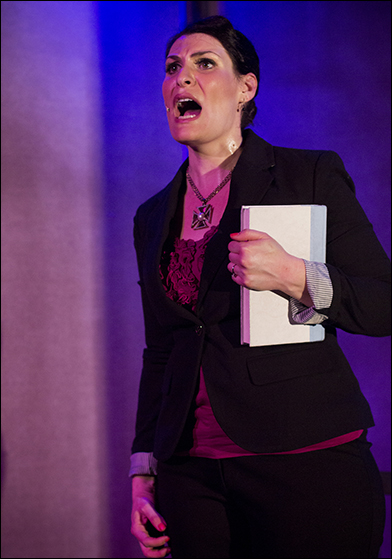 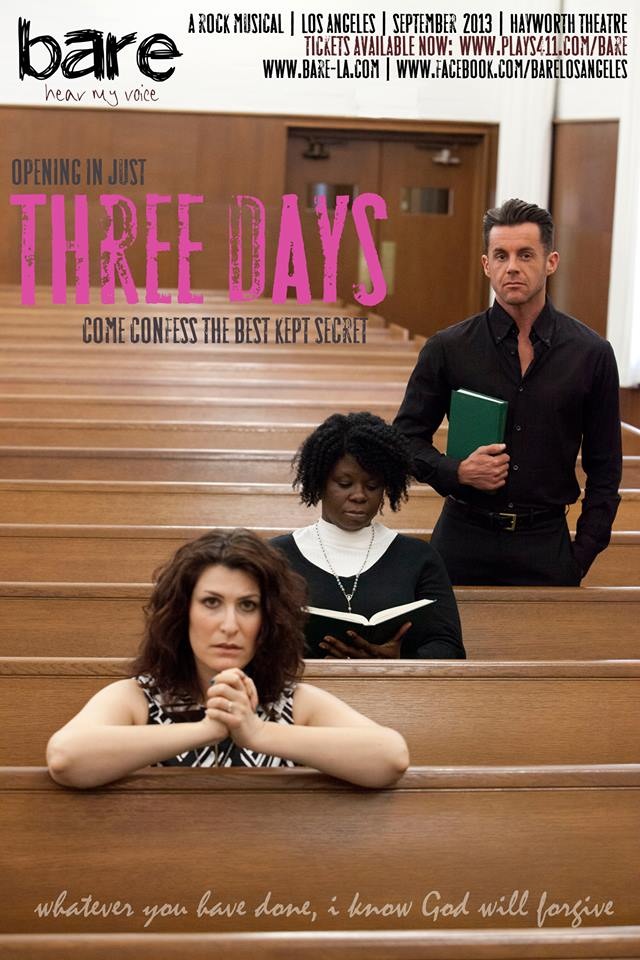 Alissa-Nicole Koblentz with Stephanie Anderson and John Griffin.
Looking for seats to BARE? https://www.plays411.net/newsite/show/play_info.asp?show_id=3575
Posted by ANK at 11:55 AM No comments: