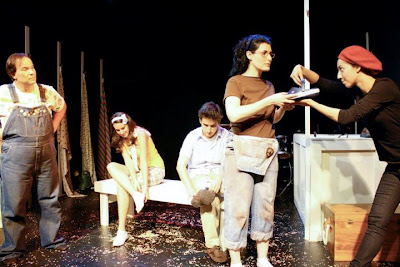 I was fascinated by The Mute. Normally, a non-speaking, non-singing character in a musical would be relegated to mere background status. Not so here, because it is this character that weaves the very fabric of the show with a powerful presence that is felt rather than heard.

Seeing theTRIBE’s production of The Fantasticks in a small theatre (think 16 x 22 foot stage and 42 seats in the house) provides an opportunity for real connection between the actors and audience. Without extravagant production elements and an overabundance of flash, we are allowed the ability to focus in on the heart of the performance and a real sense of intimacy emerges.

Stripped down to its essence, a moment becomes electric in its ability to move us…and that brings me back to…The Mute.

Perhaps it is an unusual character to single out, but this mute (Setareh Khatibi) was extraordinary. With a beautifully expressive face and willow-like physical presence, she creates the world of The Fantasticks from nothing, slowly calling forth each actor into his or her respective character, willing the lights into focus and setting the stage for the journey to come.

Yes, technically El Gallo (Christopher Karbo) narrates the musical and is the man who pulls the stings, however it is The Mute who orchestrates the performances on this stage, commenting on the action with a flicker of expression, creating the wall with her body, sprinkling the rain with abandon, painting the picture of the glen.

There is a certain voyeuristic pleasure derived from watching someone watch someone else and the effect here is hypnotic. We feel her joy, skepticism, disdain, contempt, understanding, sadness – all nuanced in a way that isn’t telegraphed but honestly felt as she watches the players learning about the world. She reflects their inner life even in the very moment of their realizations; a seductive presence that sees the humor and the pain in each situation.

That is, after all, what The Fantasticks is all about. Two young lovers (Madison Mitchell and a charming Michael David) ultimately lose their innocence in the school of life, unwittingly helped along by her mother (Alissa-Nicole Koblentz) and his father (Tony Oliver), aided by El Gallo, The Mute, and two additional players (Darryl Maximilian Robinson and Stacy Lynn Baker).

Direction is by Christopher Chase and Tiffany Oliver provides the musical direction. James Lent is on piano and Alex Sherer on percussion.

Youthful exuberance and theatricality lead the way, but it is the simplest moments that are the most effective in this rendering, among them a lovely “Soon It’s Gonna Rain” with minimal keyboard as accompaniment, the sweetly poignant “They Were You,” and a poetic moral delivered by El Gallo in Act II explaining why he had to hurt the lovers.

How different life would be if we could glance over our shoulder and see the look on The Mute’s face before we rushed into our own decisions. Would it change them? Or, in our hunger to experience all of life for ourselves, would we still jump onto our own merry-go-round ride, no matter what the consequences? I wonder.

theTRIBE's The Fantasticks runs through July 11th at Theatre 6470 at The Complex in Hollywood. Tickets are available at www.thetribeproductions.org/.
Posted by ANK at 2:18 PM No comments:

The Fantasticks now on Goldstar!

The Fantasticks is now on Goldstar! A few half priced seats have been released. http://www.goldstar.com/events/los-angeles-ca/the-fantasticks-2.html

For more information on The Fantasticks, go to thetribeproductions.com

Here are a few shots from the show. (CLICK ON ANY PHOTO TO ENLARGE) 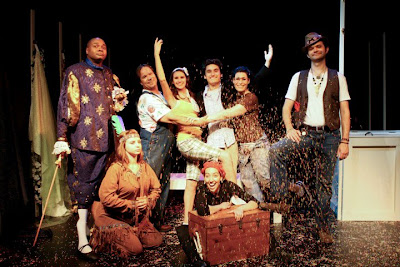 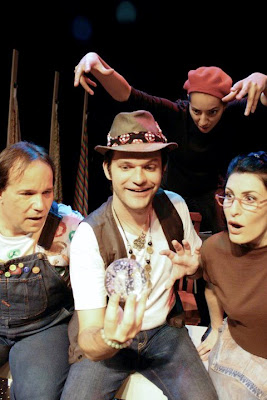 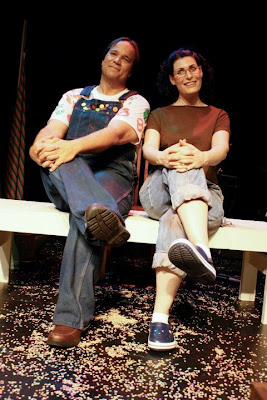 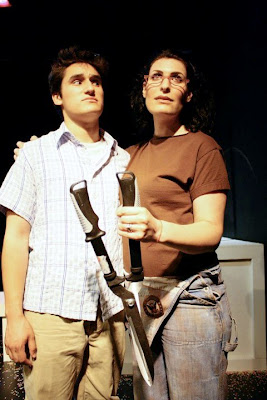