Musicals in LA: Features The Fantasticks 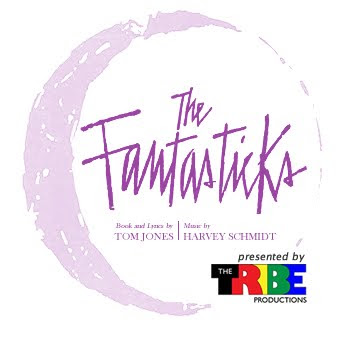 theTRIBE, The Fantasticks, and a Unique Sponsor a Seat ProgramShare.

Quality theatre at affordable prices. Isn’t that what every theatergoer is ultimately looking for? theTRIBE, led by Christopher Chase and partner Tiffany Oliver, is one theatre company that wants to help, by providing quality, accessible theatre in Los Angeles County.

One of theTRIBE’s unique ways of accomplishing the task is with their “Sponsor a Seat” program, which allows patrons to purchase a discounted ticket that will be anonymously given to someone who might not otherwise be able to afford a night at the theatre.

Chase says, “Our hope is that, by providing tickets to those on a limited budget (e.g., students, single mothers, foster families, etc.), we will enhance the theatre community; and quite possibly, those who receive sponsored seats might eventually even be able to sponsor others. I can’t think of a more organic way for a theatre-loving community to grow.”

You can see theTRIBE’s work in action next month in their upcoming production, The Fantasticks, opening June 4th at Theatre 6470 at The Complex in Hollywood.
“The Fantasticks is a classic piece that I am honored to be directing” says Chase. “Besides being laugh-out-loud funny, the show is honest in its depictions of love, its displays of humor, and its personal explorations of the unknown. It is, at heart, about growth.

Traditionally, the show focuses on the growth of two young lovers, Matt and Louisa, (played by Michael David and Madison Mitchell), along with two single fathers, a bandit, two older male actors, and a male mute. To balance the male-heavy cast, Chase will have women playing several of the roles normally played by men; Alissa-Nicole Koblentz as Hucklebee, Stacy Lynn Baker as Mortima and Setareh Khatibi as The Mute.

Chase says, “This gives us the opportunity to explore relationships other than just Louisa and Matt. We also see friendships, professional interactions, and even spiritual connections that couldn’t be explored so gracefully with only one female in the cast.”

The remaining cast members are Christopher Karbo in the role of El Gallo, Tony Oliver playing Bellomy, the girl’s father, and Darryl Maximillion Robinson as Henry.

“The staging has also been updated using more realistic movements instead of the classic over-the-top style, although we’ve kept some comedic gags intact for those who are already fans of the show," adds Chase. "If you’re looking to smile, laugh, hum along to beautiful music, and maybe learn a little something about yourself, The Fantasticks is the perfect show to see.”

You can catch theTRIBE’S production of The Fantasticks June 4 -July 11 at Theatre 6470 at The Complex in Hollywood. Tickets are available online now at http://www.thetribeproductions.org/tickets/.
And remember, following the show, if you’re so inclined, you’ll have the opportunity to sponsor a seat for someone else to enjoy the show too. Fantastic.

http://musicalsinla.blogspot.com/
Posted by ANK at 11:19 AM No comments: